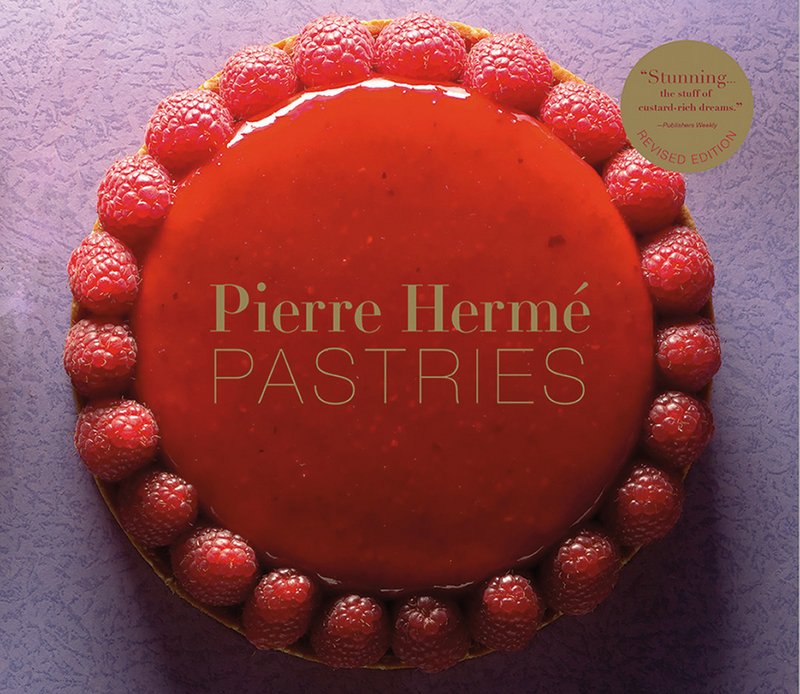 After divulging the intriguing histories behind 50 iconic desserts, master pastry chef Pierre Hermé shares his tried-and-tested recipes for the great classics of French pastry and other definitive desserts from around the world—and then he reveals how to reinvent them. Rose-scented almond paste and a compote of raspberries and lychees fill Hermé’s croissants; his Saint Honoré cake combines green tea, chestnuts, and passion fruit; and caramelized mango adorns his foie gras crème brûlée.The luscious photographs and 100 recipes featured in Pierre Hermé Pastries flaunt Hermé’s mastery of technique and the talent for combining textures and flavors that have earned him the reputation as one of the world’s most skilled and inventive pastry chefs.

Praise for Pierre Hermé Pastries:
"There are cookbooks, and there are coffee table books. Pierre Hermé Pastries is more the latter than the former, though that shouldn’t detract from its value to those who are captivated, maybe even obsessed, by beautiful desserts." — Washington Post
"The photographs are stunning. The recipes are the stuff of custard-rich dreams." — Publishers Weekly
"This is a cookbook that a passionate pastry lover will want, not only to replicate Hermé's own recipes but to be inspired by, as well. And for anyone who loves a good story to go along with the food, you'll appreciate reading about the history behind each recipe." — Epicurious.com
“Read it cover to cover, and you'll have a very good idea of how French pastry got to where it is today . . . Intense cookbook porn ahead: don’t say you weren't warned.” — Eater.com

Pierre Hermé is France’s top pastry chef, dubbed the “Picasso of Pastry” by Vogue. His creations, such as the Ispahan macaron (rose, lychee, and raspberry), are the haute couture of the pastry world. He has published numerous books, including Pierre Hermé Pastries and Desserts by Pierre Hermé.